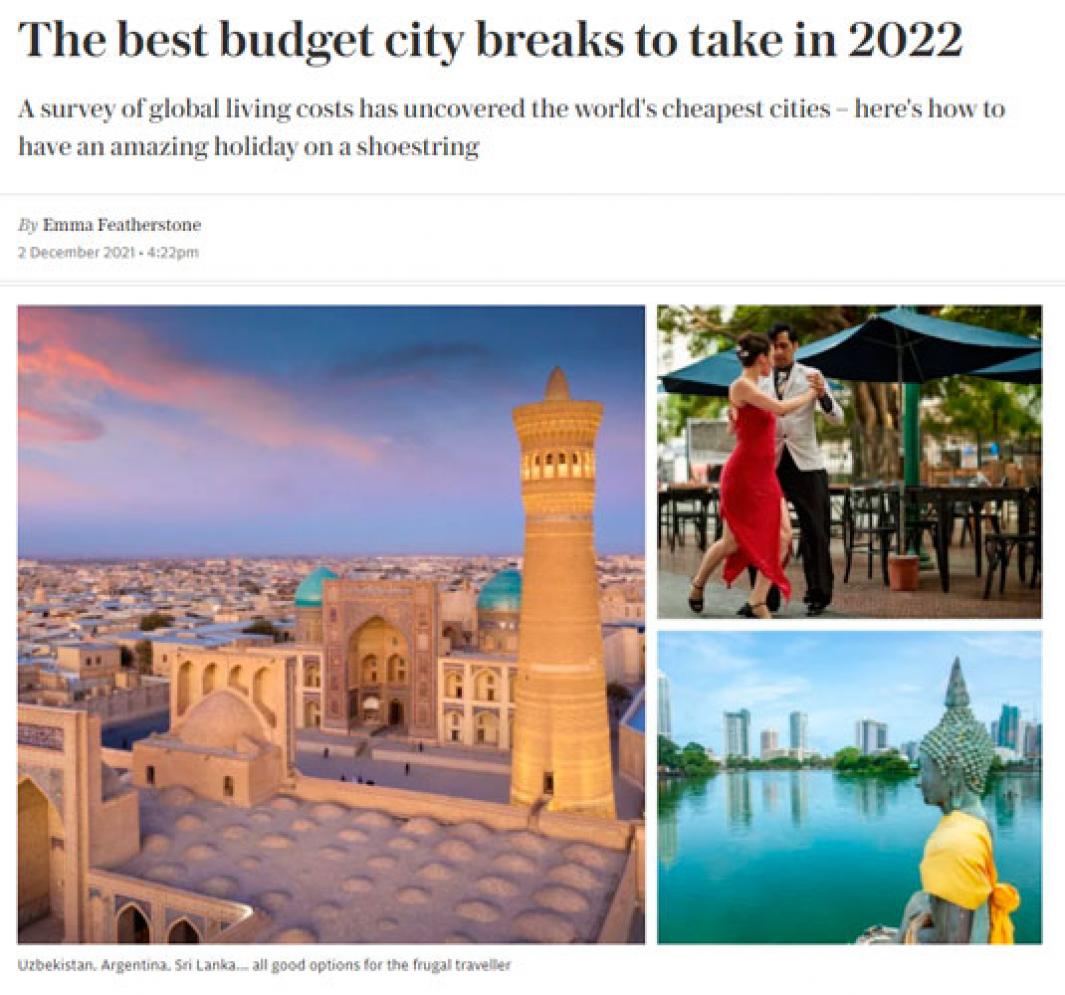 The website of the leading British newspaper "The Telegraph" published an article by journalist Emma Featherstone "The best budget cities to stay in the city in 2022," the correspondent of the agency "Dunyo" reports.

In the article, the author, with reference to a study conducted by the British analytical resource Economist Intelligence Unit about the most expensive and cheapest cities in the world, gives his version of alternative places to spend a vacation at minimal cost in 2022.

In the first place in the author's list is the city of Tashkent. Emma Featherstone encourages travelers to make a trip to this "Central Asian center with a history dating back two millennia, in spring or autumn, when the weather in Uzbekistan is the most favorable."The author of the article describes the buildings and structures of the city, including those built in Tashkent after the devastating earthquake of 1966, which are a "mixture of brutalism and classical Russian architecture with small mosques of the XII century."

The journalist also focuses on the existing amenities for British travelers, including the availability of direct flights between London and Tashkent, as well as a visa-free regime for British citizens for up to 30 days, which "may tempt tourists to make longer trips to explore more Uzbek treasures."